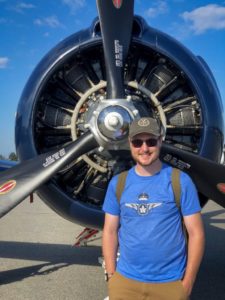 Cameron Boekhoff of Ottawa, ON