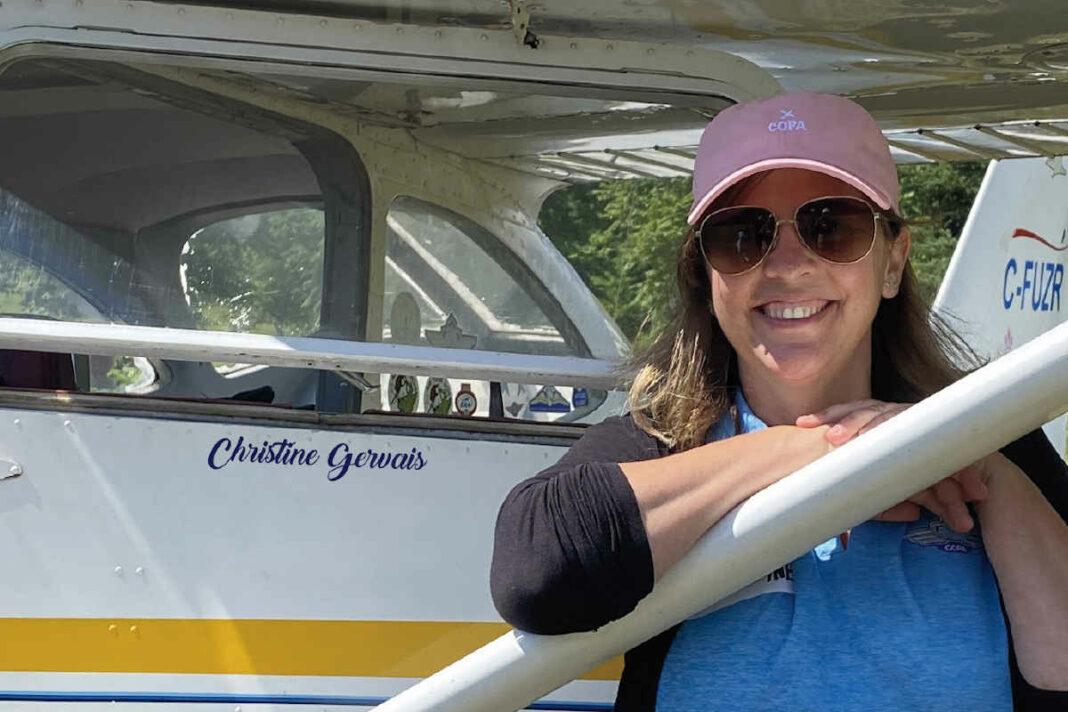 June 2021 marked the one-year anniversary of Christine as President and CEO of COPA. And what a year it has been! All in-person events had been either cancelled or postponed, but that didn’t stop Christine and the team from charging on, adapting and redirecting their work to advocate for our members and General Aviation in Canada.

Christine’s interest in aviation began in Ottawa when she pursued a commercial pilot license over 20 years ago – a license she still holds to this day, through the Ottawa Flying Club’s Professional Pilot Development Program.

Christine’s strategic priorities in the first six months as President stemmed from the COPA 5-year Strategic Plan, which was developed in 2019 in collaboration with the Board, Flight Captains and COPA members. This included; becoming the recognized, undisputed, unified voice of General Aviation, embracing the exploding drone market and fostering a collaborative and cooperative relationship between COPA Board of Directors and management.

Over the next year, COPA will continue its ongoing efforts of the past year and focus on other priorities of the strategic plan. This includes developing new programs, such as a leadership and mentorship program and providing more resources and support to COPA Flights. The team will continue to increase digital communications in an ongoing effort help members manage their membership more efficiently and reduce waste.

Christine’s ambition, combined with her professional ethics, exemplifies that she is ready and capable of undertaking new challenges. The new COPA team, in combination with the strong and dedicated support of its elected directors of the Board, will serve COPA well to continue on its mission of advancing, promoting and preserving the Canadian Freedom to Fly.  To read more, check out this month’s Flight magazine.