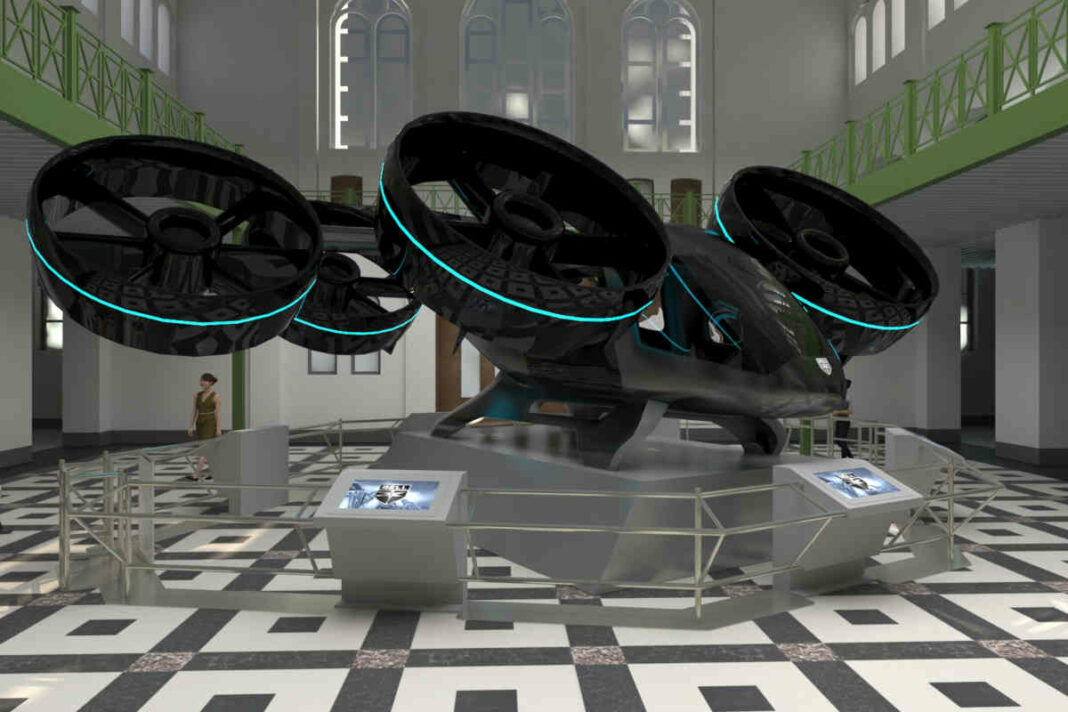 The Bell Nexus Air Taxi will be on display in the new Smithsonian Arts and Industries Building (AIB) “FUTURES” exhibit coming this fall. The Bell Nexus Air Taxi, which debuted at the Consumer Electronics Show (CES) 2019, is Bell’s futuristic electric vertical take-off and landing (eVTOL) vehicle.

The development of the Nexus was one of Bell’s first initiatives in its pursuit of environmentally friendly vertical lift solutions and was designed to imagine a global standard for eVTOL aircraft capable of transporting passengers and goods with a low carbon footprint.

The Nexus exhibition will include digital display monitors that allow visitors to explore the vehicle’s technology and its real-world applications to serve civilian, humanitarian and a variety of other missions. Visitors will also be able to immerse themselves in Bell’s full history of flight while understanding how Bell will strive to shape advanced air mobility through the Nexus concept vehicle and future innovations in aviation.

The FUTURES exhibit will also showcase another iconic Bell innovation, the Bell Rocket Belt, widely renowned as the world’s first jet pack. This marks another significant addition to the Smithsonian’s display of historic breakthrough Bell technologies. Its National Air and Space Museum also holds the Bell X-1 plane, first aircraft to break the sound barrier, and the Bell 47B, first helicopter to receive civil certification.

Celebrating the Smithsonian’s 175th anniversary, “FUTURES” will temporarily reopen AIB, the first U.S. National Museum, for the first time in nearly two decades. Part-exhibition, part-festival, “FUTURES” is a groundbreaking new museum experience that will fuse art, technology, design, and history to invite visitors to imagine not just one future, but many possible futures on the horizon. Built with the proceeds from the first great American World’s Fair, the AIB is an architectural landmark on the National Mall in Washington, D.C. Dubbed “Palace of Wonders” and “Mother of Museums,” AIB introduced millions of visitors to wonders such as Edison’s lightbulb, the first telephone, and early moon rocks before closing to the public in 2004. “FUTURES” is the milestone first step in the long-term plan to renovate and permanently reopen the historic space.

“Since opening in 1881, the Smithsonian’s Arts and Industries Building has introduced visitors to big ideas that have changed the world,” said Rachel Goslins, director of AIB in a statement. “We’re thrilled to be able to debut the Nexus in the very building where Americans first encountered early automobiles, famous steam engines, the Apollo 11 lunar capsule and the Spirit of St. Louis.”

The exhibit debuts this November and will be free and open through July 2022.