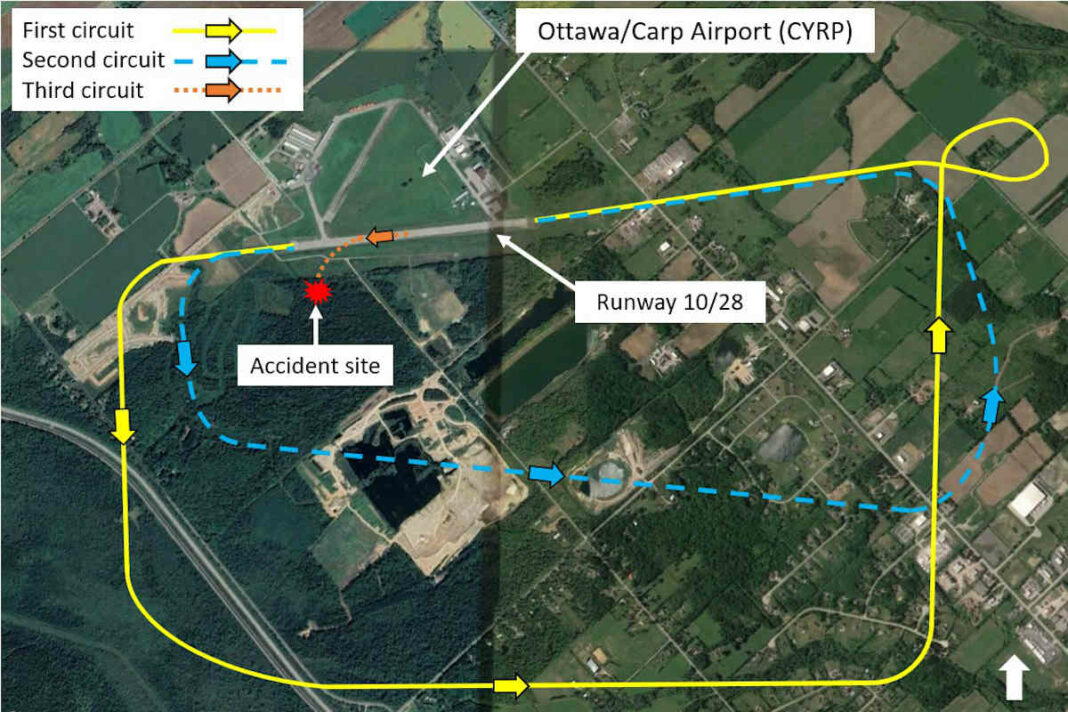 Transportation Safety Board of Canada on September 9 released its investigation report (A21O0006) into the loss of control and collision with terrain of a Blackshape Prime BS100 aircraft that occurred on February 10, 2021, at the Ottawa/Carp Airport, Ontario.

TSB conducted a limited-scope, fact-gathering investigation into this occurrence to advance transportation safety through greater awareness of potential safety issues.

The privately registered Blackshape Prime BS100 was conducting circuits on runway 28 at Ottawa/Carp airport (CYRP). TSB explains that, after a touch-and-go takeoff, the aircraft began to climb, then started a left turn prior to passing over the end of the runway.

Approximately 240 metres south of the runway, TSB exlains aircraft entered a near vertical descent and crashed into a wooded area. The pilot, who was the sole occupant of the aircraft, was fatally injured. The aircraft was destroyed by a post-impact fire.