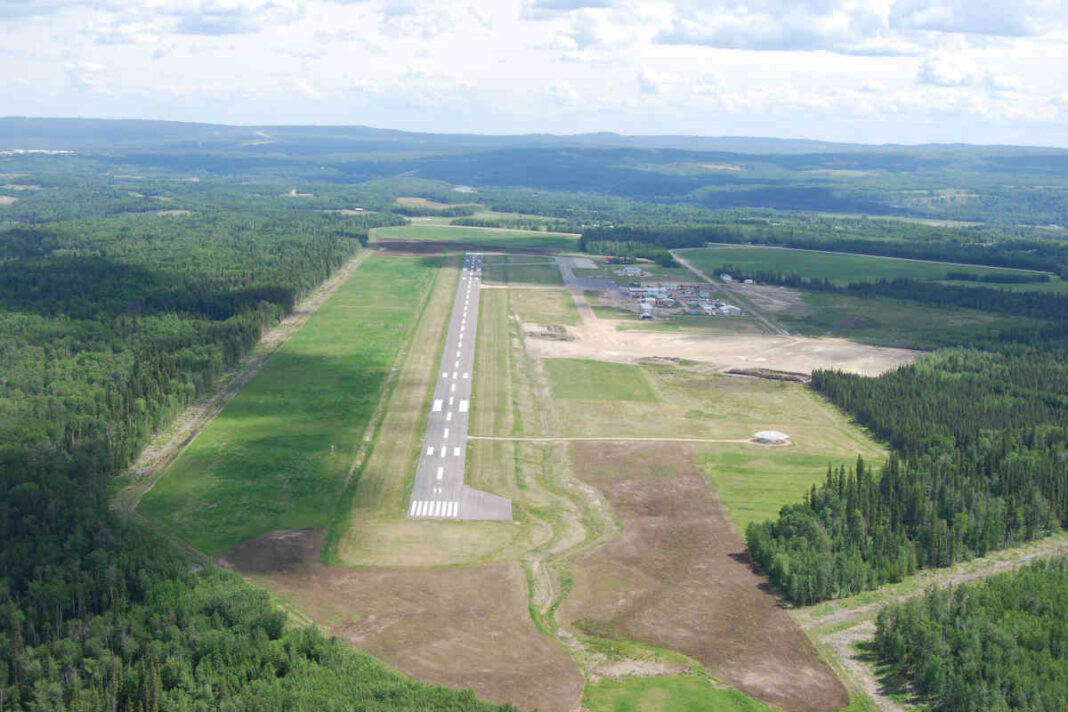 The Airport Advisory Committee met virtually on September 23, and one of the items on their agenda involved the lease rates at the airport. Back at their May 20 meeting, the committee asked the Woodlands County Administration to compare the lease rates at similarly-sized airports. Eight airports were contacted.

The Airport Advisory Committee includes members from both councils, including both mayors and two councillors each. It also has members of the public and administrative staff from Woodlands. Director of Infrastructure Andre Bachand explained that one of the airports on the list didn’t compare size-wise but did compare cost-wise. “Grande Prairie is a little bigger than YZU (Whitecourt/Woodlands Airport), but the reason we included their rates is that they are comparable to the Whitecourt/Woodlands airport rate of $2.75/m2, which is the highest rate that we found in the province.”

Edson and Slave Lake are the closest direct competition to the Whitecourt/Woodlands Airport, and Bachand acknowledged that YZU is priced a bit over its competitors. Wildfire Operations Officer for the Whitecourt Forest Area, Brian Lopushinsky, noticed it too. “We’re seeing Woodlands County/Whitecourt is at $2.75/m2, which is comparable to the City of Grande Prairie with other relative communities at a lower rate.” He asked Administration if they had any vendors that had previously been looking at leased land that were turned away due to the present rates at the airport.

Bachand said they receive inquiries one to two times a year but that there was nothing serious over the last couple of years. “If the committee were to look at lease rates, my recommendation would be to be in the ballpark of Slave Lake and Edson, as they are our direct competition. Edson is at $1.60/m2 for both commercial and private, and Slave Lake is at $1.40/m2 for private and $2.25/m2 for commercial, and then they also have the $4.95/m2 for non-aviation.”

Member-at-Large and pilot Curtis Brownlee had several questions to ask. “Do they tax differently? Do they have different mill rates where one is commercial and one is a private hanger? Do they have a different tax rate between commercial and private?” Bachand said they didn’t have the tax rates yet but would have them for the next meeting. Unfortunately, the next meeting will be a new board with the election and new appointments.

Mayor Maryann Chichak said that she wanted to have more information so that the new committee would have everything they needed to make an informed decision one way or another. “I agree with Curtis that it would be nice to have the mill rates attached but also a more in-depth RFD (Request for Decision) that would show the advantages and disadvantages of decreasing the lease rates for all these lots. Just so the committee, especially being a new one, will have a better appreciation and understanding for what they are trying to make a recommendation on. I think when the report was prepared on a lease rate comparison, the reason was to take a look at whether the rates here are fair and equitable and if they would generate increased potential investment in the airport if they were reduced.”

Brownlee said that he had purchased his hangar this year and that being an owner at the airport, he had noticed some things. “There’s been some pretty significant increases in taxes in the last ten years. In 2010, the property taxes for the three hangers where I am was $1700, and they went up to $4900. The mill rate went from 6.44 percent to 11.17 percent. That’s a 185 percent increase in less than ten years. When they changed airside to limited commercial, every property on that airport became a limited commercial building, and that’s where everything got dropped into now. So, the rates out there for taxes are ridiculous. I really don’t think you’re going to attract any new business at that airport with mill rates that high. Especially not considering the difference between somebody out there for pleasure and somebody out there making a buck. Like, $1700 a year for taxes, I think that’s about my share right now. That’s a pretty good chunk of change just to park my plane.”

Mayor Chichak said that his explanation was precisely why it was essential to make a more substantial comparison. “Right now, it’s really easy to be in favour or against something, but we don’t have all the facts in front of us to make those types of well-informed recommendations.” She then made a motion to have Bachand prepare a new RFD for the next meeting that would “outline and further the airport lease comparisons bringing into account other municipalities mill rates as per the list here, and the advantages and disadvantages of changing the lease rates.”

Mayor John Burrows joined her motion, adding to it the “further inspection of private versus commercial lease rates and lots and the issue of whether or not the lots are serviced or have access to water and sewer.” He also added that he wanted more clarification on ground side versus airside or non-commercial. The committee voted unanimously to approve the joint motion by the two mayors.