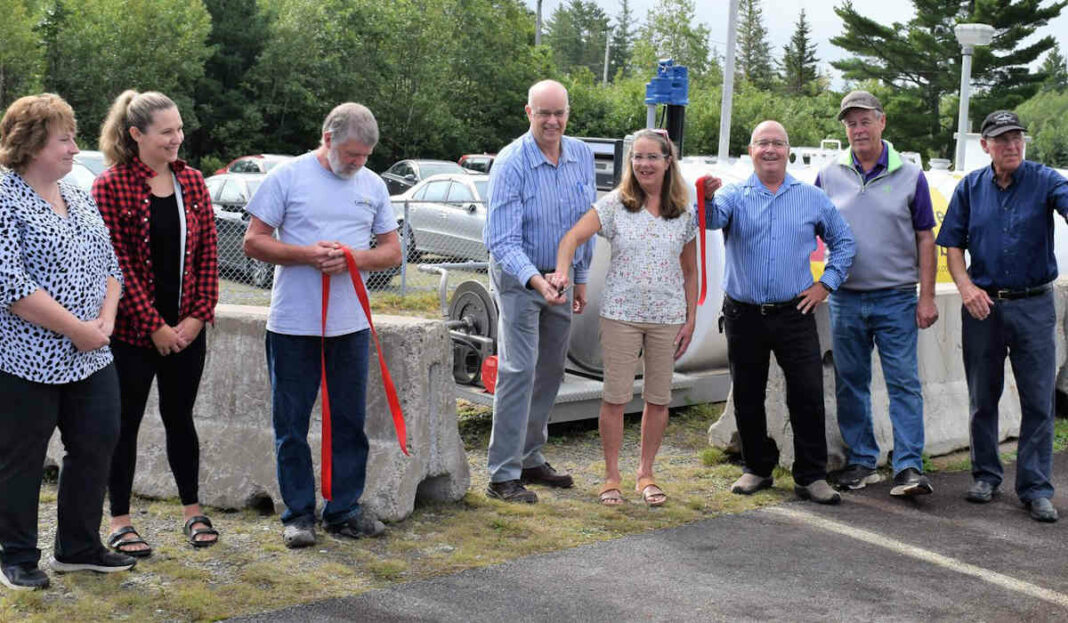 Soon pilots will be able to fly their planes in to the South Shore Regional Airport and gas them up.

An official ribbon cutting of the newly installed fuel pump system at the airport was held September 18.

Glenn Parlee, president of the South Shore Flying Club (SSFC) that operates the airfield on behalf of the Region of Queens Municipality (RQM), said they just have one more small hurdle to jump before the Aviation Gas (Avgas) can begin flowing.

The SSFC was formed in 2015 after rumblings that the airport may be shut down. Re-acquiring gas for the airfield was a big priority to keep it viable.

“We had three goals (upon formation). The first one was to keep the airport open as an airport, and we scrambled quickly to make that happen by securing leases,” said Parlee. “The next hurdle was how do we keep this thing going and how do we, first of all, preserve it as an important piece of infrastructure, but that it can be self-sustaining and growing and be an asset to the region.”

From within this, the SSFC identified three additional goals. One was to have the runway secure, the next was fuel, and the third was hangars.

Parlee said that since the announcement of the new fuel pump system in May, there have been several requests from people about building hangars.

“I want to thank all of the councillors that had the foresight in doing this and how it can serve the Region of Queens for years to come,” said Parlee.

RQM Mayor Darlene Norman said the facility is a big asset to the region, and with the return of gas being offered the doors are flung open wide to possibilities.

She explained that ever since the year 2000 there has been ongoing talks amongst council about closing the airport. Last November, Parlee and Peter Gow, vice-president of the SSFC, met with Norman and staff and “provided good evidence on why the airport should be open.”

“Thankfully the present council recognized the need to have gas,” she said. “There are endless possibilities. As council we recognize the importance of this gas more than just for recreation flyers, but what it can do to encourage people to live (and work) in Queens.”