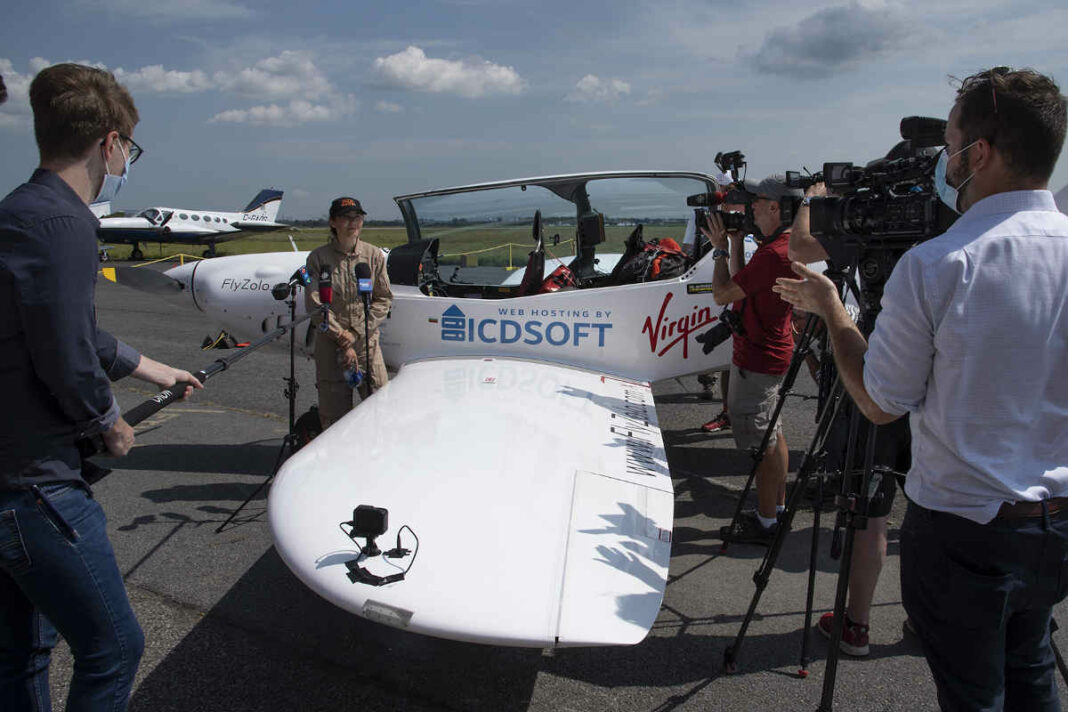 Text and photos by Jean-Pierre Bonin

A 19-year-old British-Belgian women named Zara Rutherford is presently on a trip around the world in an advanced ultra-light, hoping to be the youngest woman to accomplish this feat in solo. You can follow her on flyzolo.com website.

On August 18, Rutherford launched her journey around the world departing from Kortrijk, Belgium. She then went to England, Iceland, Greenland and to Canada in Goose Bay and Montreal (Saint-Hubert Airport, CYHU). She will visit 52 countries on five continents. If all goes well, by the time you read this, she should be in Columbia or Panama.

Rutherford flies a Shark Aero 080 high-performance, two-seat tandem ultralight aircraft powered with a ROTAX 912 ULS 100 hp engine. She received a warm welcome at École nationale d’aérotechnique (ÉNA) where she was greeted by a water salute courtesy of LUX FBO. She recieved TV and social media coverage in both French and English (she masters both).

Rutherford’s main goal is to encourage girls and young women to pursue their dreams. She wants to reduce the gender gap in aviation as well as in science, technology, engineering and mathematics. All in all, Rutherford was satisfied of her media exposure in Montreal hoping it will facilitate the spread of her goal and get girls to see her and other women in aviation as role models and an incentive for their future career.

On her way back on the West coast, Rutherford will fly from Seattle, WA, to Juneau, AK. We were thus fortunate in the East to have her on Canadian soil.