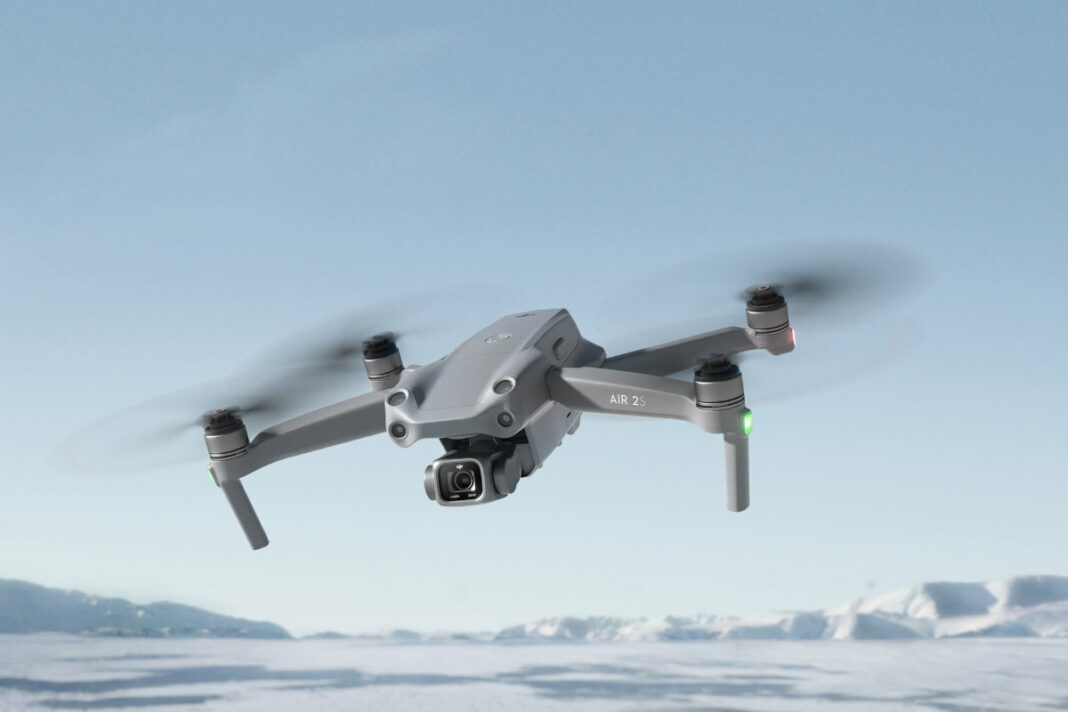 DJI introduced its new Air 2S designed to set what the company describes as a new benchmark for flight performance and imagery as an all-in-one portable camera drone, featuring preprogrammed content creation tools.

DJI Air 2S, according to the company, is the first drone of its size to capture 20-megapixel still images or video in 5.4K with a new one-inch sensor that was previously available only on larger, less agile drones. The drone includes a new MasterShots feature that uses automatic flight path planning to set the drone’s course while recording video. Upon completion of the flight, DJI Air 2S automatically merges the footage under one theme to create an video.

DJI explains Air 2S’s 31 minutes of maximum flight time and four-way directional obstacle sensors let the pilot focus on the shot while the drone’s safety systems warn when obstacles are getting close. APAS 4.0 is the most advanced autopilot system on any DJI drone and, when turned on, maneuvers around objects autonomously.

Air 2S also includes O3, DJI’s third iteration of OcuSync transmission technology, as well as an upgraded FocusTrack feature with a suite of programmed modes like Spotlight 2.0, ActiveTrack 4.0 and Point of Interest 3.0 designed to mimic the focus, control and movement of a professional video operator.

DJI’s three-axis mechanical gimbal smooths out footage for what the company describes as professional-level quality and 8 GB of internal storage. Users can choose to record in H264 or H265, depending on their preferences for image detail and storage capacity and can also choose from three video color profiles, Normal (8 bit), D-Log (10 bit) or HLG (10 bit) to match their video needs.