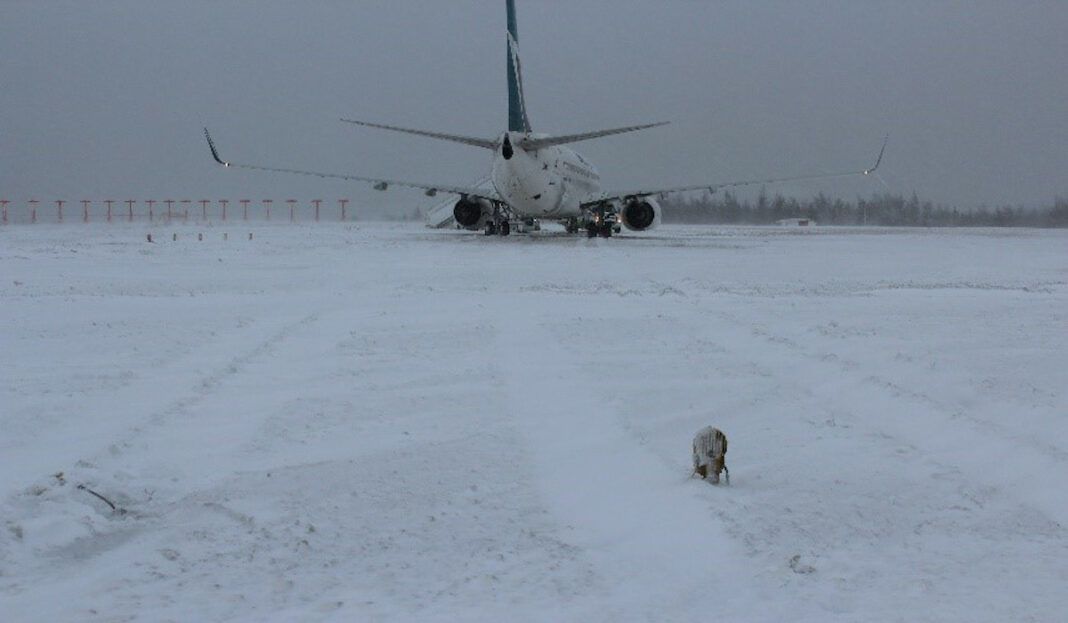 In its investigation report (A20A0001) released on May 20, the Transportation Safety Board of Canada (TSB) found that changing runways without recalculating the landing distance required based on the changes in wind and runway surface conditions, led to a runway overrun in Halifax, Nova Scotia, in 2020. TSB notes this event highlights one of its longstanding TSB Watchlist issues.

The flight crew had originally planned to conduct an approach for Runway 05, continues TSB, but due to a lowering ceiling and reduced visibility, the crew requested to change to the Runway 14 instrument landing system approach, which allows for landing with lower minimum ceiling and visibility requirements than the approach to Runway 05.

TSB explains the aircraft then touched down with a tailwind component on the wet, snow-covered runway. The aircraft could not be stopped and it overran the end of Runway 14, according to TSB’s report coming to rest in snow with the nose wheel approximately 91 metres beyond the runway end. There were no injuries and no damage to the aircraft.

The TSB investigation found that, while preparing for the runway change, the flight crew mentally assessed that the head wind for Runway 05 would become a crosswind for Runway 14. As a result, TSB reports they did not recalculate the effects of the wind for the approach to Runway 14, but rather considered that the landing distance and the target approach speed calculated for Runway 05 were still appropriate.

However, the reported wind speed and direction changed as the flight progressed, notes TSB, resulting in a tailwind component that exceeded the operator’s limitation, a lower required approach speed, and a landing distance that exceeded the runway length available. TSB explains none of this was recognized by the flight crew and, as a result, they continued the approach to Runway 14. The unchanged target approach speed combined with the tailwind component resulted in the aircraft touching down at a faster groundspeed, explains TSB, thus requiring a longer stopping distance. The wet snow contamination on the runway reduced braking effectiveness, according to the TSB report, which also contributed to an increase in landing distance.

Runway overruns have been on the TSB Watchlist since 2010. The agency notes that when a runway overrun occurs during landing, it is important that the aircraft have an adequate safety area beyond the end of the runway to reduce adverse consequences. In this occurrence, TSB explains the aircraft stopped within the 150-metre runway end safety area, which meets current international standards.