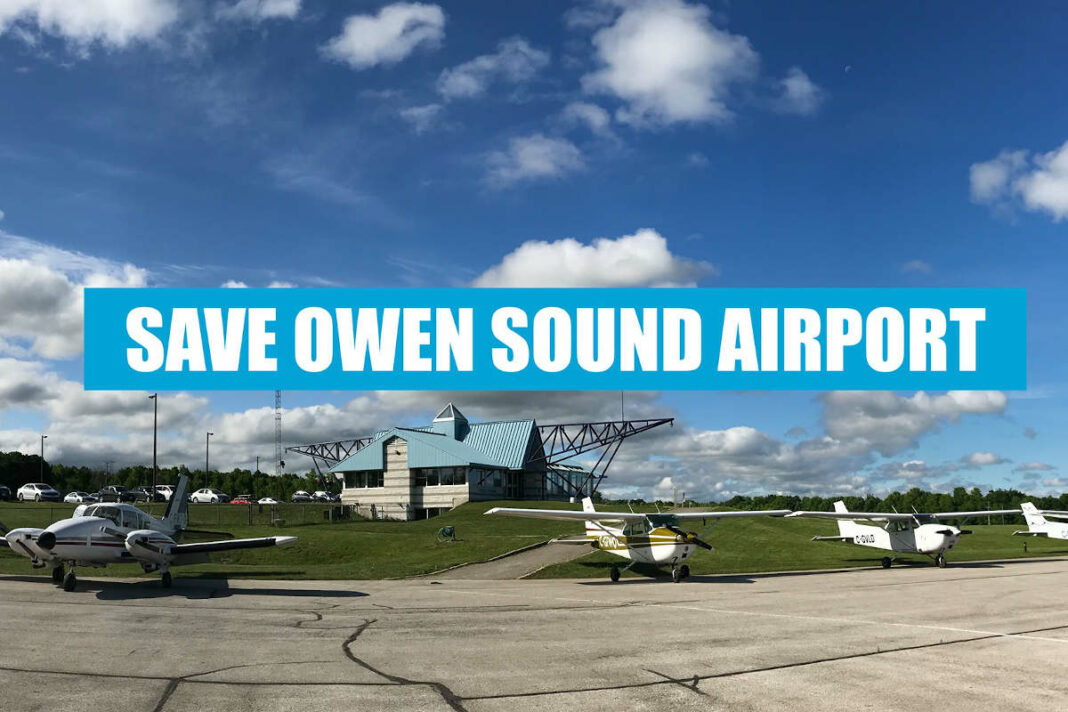 Imagine having your own airport that you can almost always have to yourself after 5:00 pm each day, once the Airport Management staff has gone home for the day – Crazy, impossible?

Not at all my friends, it exists currently at Billy Bishop Regional CYOS. It is the airport that the Owners DON’T WANT. I am sure that the WW1 war hero would be rolling over in his grave if he knew how his namesake had become so unpopular with those who own it.

Again, you say, “Really?” Yes, I am not making this up. Maybe I should have started with my Rod Serling voice, the man who created and presented in that famous 1950’s drama TV Show The Twilight Zone! He would have said something like: “Imagine if you will, a previously busy airport, named after a famous hero, that now stands abandoned and ghost-like…”

To be honest it is almost unimaginable that a well-located VFR/IFR 4,000 foot strip near Georgian Bay spends most of the day empty with negligible traffic. What could have caused that rather dramatic reversal of fortune? Despite what some of the City of Owen Sound Councillors think, it is not the COVID-19 pandemic.

NAV CANADA has confirmed that GA traffic, especially in southern Ontario, has rebounded to traffic levels not seen since early 2020. Well actually, the cause isn’t all that mysterious. It’s simple really: All you need to do is impose a landing fee even after being advised that this act would drive away business. Yes, just start charging a $35.00 per use/landing fee for ALL GA traffic that would visit your airport or even operate from that airport. And be sure to have the airport management collect it during their hours of operation.

Earlier this year a group of concerned aviators, members of the Owen Sound and surrounding area COPA Flights got together and engaged with the City of Owen Sound airport management staff and the Operations Committee to discuss a proposed landing fee structure for CYOS that would start in March at an initial rate of $35.00 per landing. This fee would apply to local aircraft and all transients and it would increase in subsequent years to more than $50.00 for all light GA aircraft. No other airport or aerodrome in the Georgian Bay region had an equivalent fee. T

he City councillors were provided with the COPA Economic Impact Study, which has successfully convinced many doubt-filled organizations that airports are asserts not liabilities. We were told that for them landing fees were not that big a deal and were the only means that would enable them to meet their goal of creating a self-funding airport. For the record, very few small airports in Canada are either revenue neutral or generate a positive cashflow. COPA and others let the GA community know of the city’s decision. The results were predictable.

Since March, Gordon Price, who is lead of the local Facebook group “Save Owen Sound Airport” (link here), had been led to believe that there was an opportunity to regenerate business and activity at the airport with alternatives to landing fees that would allow both the city and the users to achieve a win-win outcome.

In this case, however, the city leaders were less than transparent. It would seem, just like in The Twilight Zone, the leaders didn’t want to be swayed. They pretended to listen but they did not hear. Recent meetings that Mr. Price had been scheduled to appear at were either been cancelled or promised access to critical city council meetings were denied. Obfuscation is the current mode for City of Owen Sound communications. The city leadership has been working behind closed doors and intentionally kept the general public and the local hangar owners in the dark about the future intentions of the airport owners.

COPA wants to know what is going on with Billy Bishop Regional, CYOS. Does it have a future? What about the hangar owners who sunk their time and money into a place to fly from and to be proud of? Why is the City of Owen Sound convinced that the airport is a liability? There are hundreds of success stories in this country where communities are supporting and promoting their aerodromes and airports because they KNOW THAT AIRPORTS ARE AN ASSET. Mr. Mayor, please get on board with the rest of us.