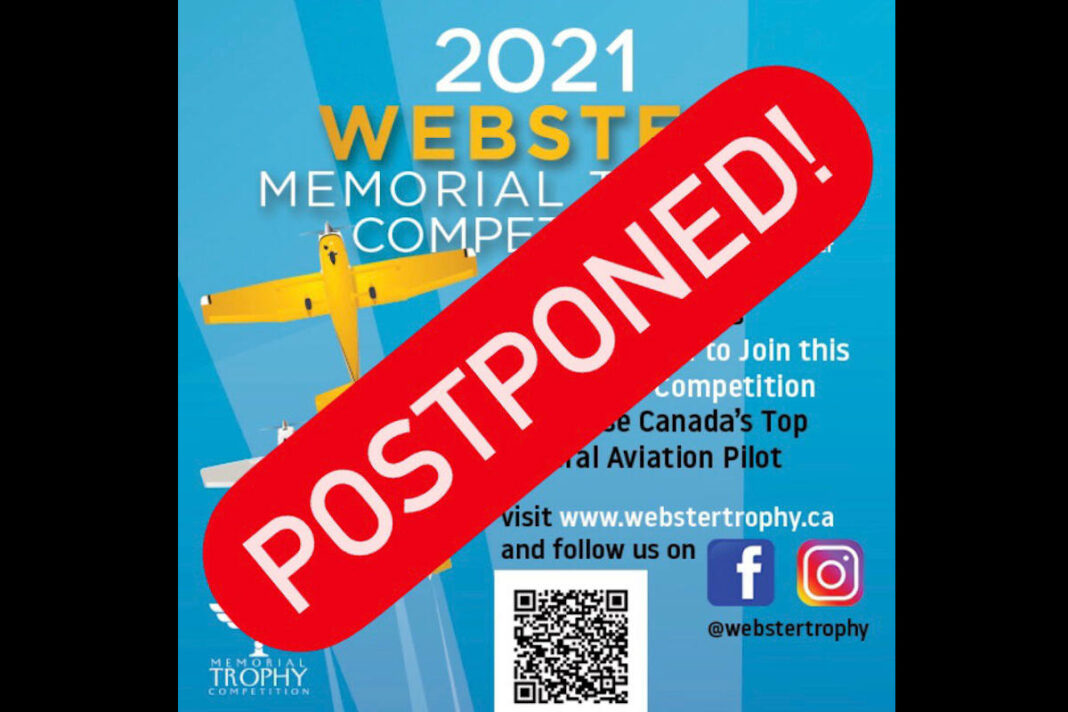 Webster organizers note this decision to postpone the 2021 competition was not made lightly and ultimately based on the health and safety of the applicants, those who support the competition, and the Webster team itself.

The virtual version of the Webster competition, explains the organizers, would have called on many applicants to travel to access a Redbird simulator in order to complete the virtual flight tests required for the national finals. With travel not currently possible for much of Canada, and with all indications suggesting that restrictions may well remain in place for some time, Webster organizers explain there was no option but to once again postpone the Webster Memorial Trophy Competition until next year.

As the Webster team turns its effort to 2022, the group is asking for patience it works through closing this year’s virtual competition, while also extending thanks to supporters, sponsors, and partner organizations for their efforts this year and for continuing to support Canada’s longest running aviation competition.

More information can be found at the Webster Competition website.