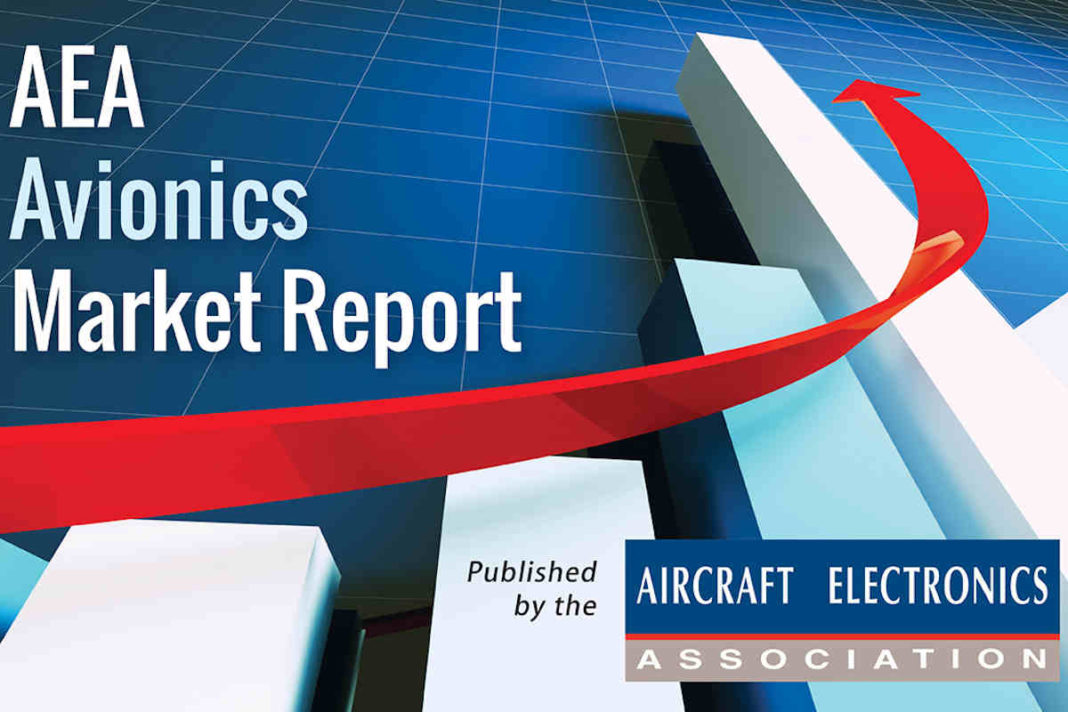 The Aircraft Electronics Association on Feb. 9 released its 2020 year-end Avionics Market Report with total worldwide business and general aviation avionics sales for the year amounted to more than US$2.2 billion, as reported by the participating companies – allowing for some variance in their reported year-end numbers.

The above dollar amount from Aircraft Electronics Association’s (AEA) 2020 report, represents a 26 per cent decrease in total year-end sales when compared to the 2019 report, which set a record-high total topping US$3 billion. The year 2020 also marked the lowest amount of sales in the report’s nine-year history. During the fourth-quarter months of October, November and December, sales decreased 28.1 per cent compared to the same time frame one year ago.

“The last half of 2020 provided a softer landing as yearly sales totals slid back to roughly the same numbers in 2016-17,” said Mike Adamson, CEO, AEA. “Despite the health crisis and its economic impact, I am encouraged that industry experienced steady growth during the last half of the year.

“Although 2020 year-end sales are significantly down from last year’s all-time high, we see positive signs in the retrofit market, which means our members are keeping busy with avionics upgrades,” continued Adamson. “We are hopeful the combination of innovative new products, the resilience of consumers who continue to focus on upgrades, and an uptick in aircraft production can fuel more sales growth in 2021.”