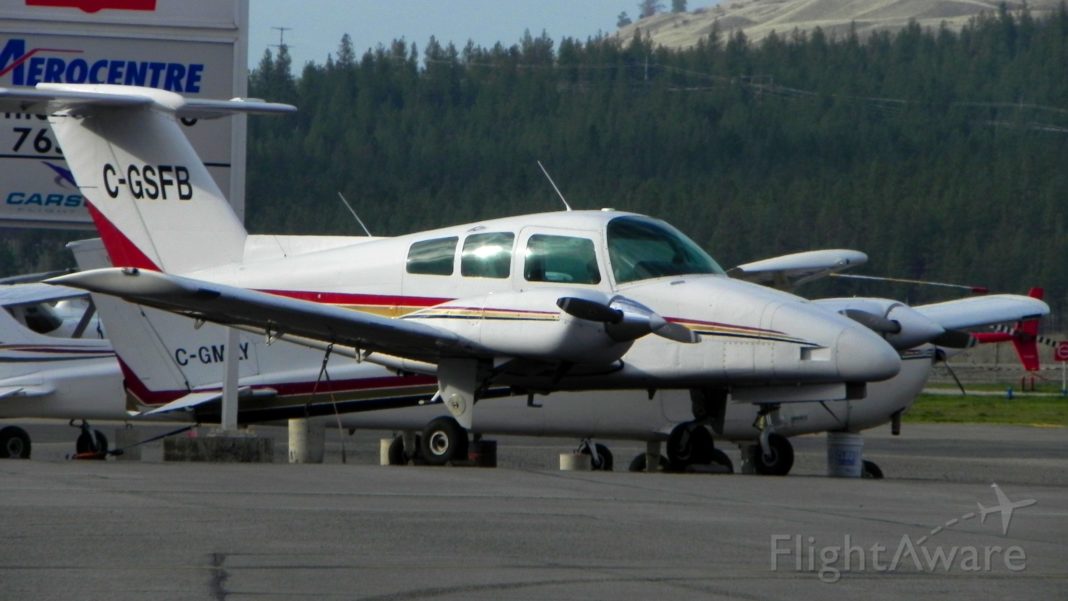 A Beech 76 Duchess twin-engine aircraft registered to Southern Interior Flight Centre, a Flight Training Unit based at British Columbia’s Kelowna airport (CYLW), took off from the airport on October 5 with a concrete tie-down block and rope still attached to its tail.

An air traffic controller informed the Duchess pilot of the unusual situation during their takeoff from Runway 16.

“The aircraft continued from its crosswind turn into a downwind and then landed full stop on Runway 16, with minimal delay. Upon landing, the trailing cement block shattered on impact and a vehicle was dispatched to clean the debris,” reads the CADORS report.

Airport emergency services were standing by when the aircraft landed.

“There were no injuries or impacts to operations or scheduled flights as a result of this incident,” according to a statement issued by the airport authority. “Once the plane had returned to the airport, the runway and taxiways were inspected to ensure there was no damage to aircraft maneuvering areas.”