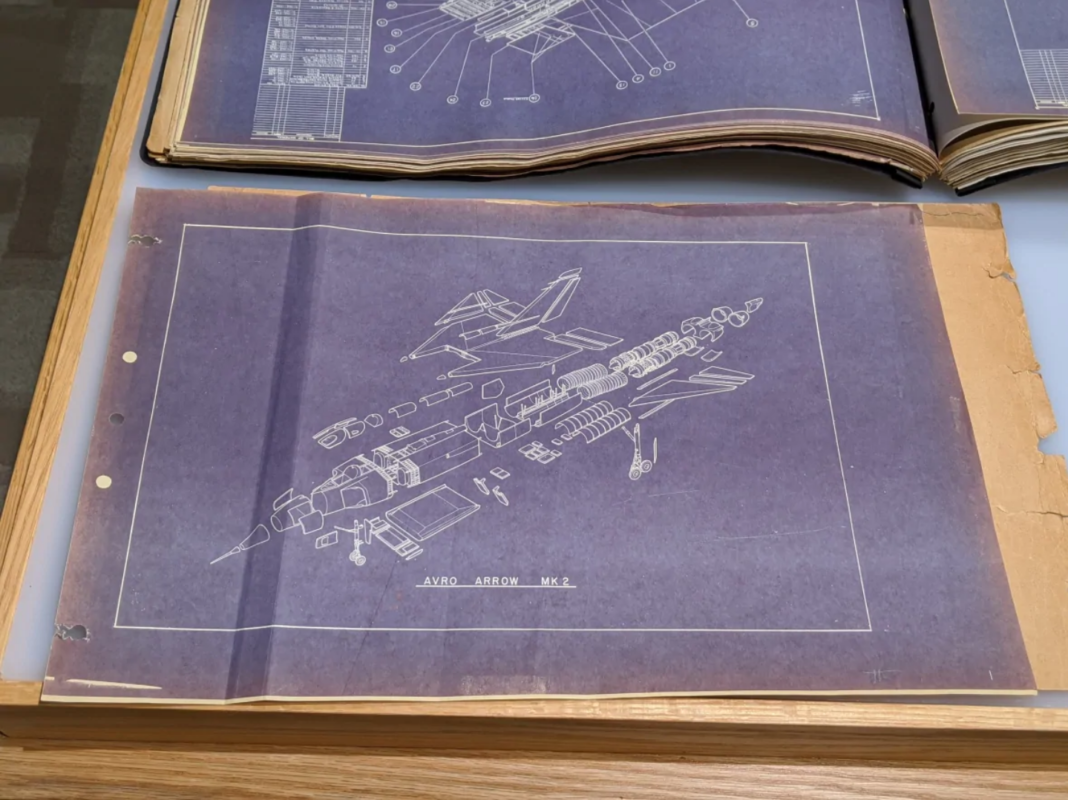 Sixty years after the Canadian government ordered the blueprints of the legendary CF-105 Avro Arrow destroyed, an original set of them have surfaced and are now housed at the Diefenbaker Canada Centre, a museum on the grounds of the University of Saskatchewan in Saskatoon.

The project to design and build the Arrow was initiated to provide a solution for the protection of Canada and the United States from potential Soviet aggression from over the North Pole. It resulted in the most advanced supersonic interceptor of its time, capable of Mach 2 airspeeds and altitudes of up to 50,000 feet. However, early in the prototype phase the project was cancelled by then-prime minister John Diefenbaker and all blueprints, prototypes, tooling and related equipment were ordered destroyed.

There was one Avro employee, however, who wanted to preserve a set of blueprints. Senior draftsman Ken Barnes spirited a set away from the Malton, Ontario plant and secreted them away in the basement of his home. Son Gord knew that corner of the basement was out of bounds as he grew up.

However, once his father passed on, his son inherited the drawings. After giving it some thought, he decided to donate them to the Diefenbaker Centre, since the story of the Arrow is so closely tied to the former prime minister.

The blueprints are part of an exhibit currently on display at the museum.  Touch the Sky: The Story of Avro Canada continues until April.