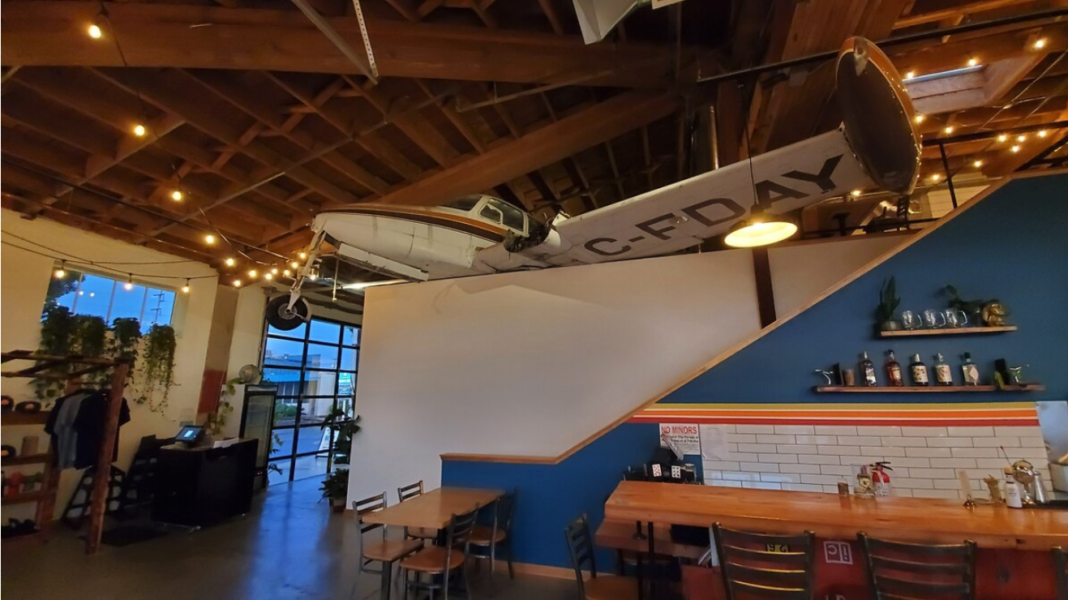 When the owners of a brew pub in a Portland, Oregon obtained an abandoned twin-engine Cessna 310 from an airport in Vanderhoof, B.C. last year and set it up in the rafters of their establishment, little did they expect a visit from Search and Rescue authorities a few weeks later.

But that’s what happened at the Vagabond Brewery, when members of the Civil Air Patrol (CAP) rushed in looking for a crashed aircraft. It didn’t take the CAP team long to figure out that the distress signal was emanating from the oversized objet d’art hanging from the ceiling. Somehow, weeks after all the jostling to get the 310 lifted into place, the ELT finally decided to activate.

The Cessna had reportedly been sitting unattended at Vanderhoof airport (CAU4) for at least 10 years, when it purportedly was abandoned after “…a guy with no Canadian pilot’s license or insurance made a very hard landing and fled the scene,” according to local media reports.

The ELT story is now one other chapter to add to the already intriguing story of the Canadian Cessna 310 hanging from a brew-pub’s rafters in Oregon.