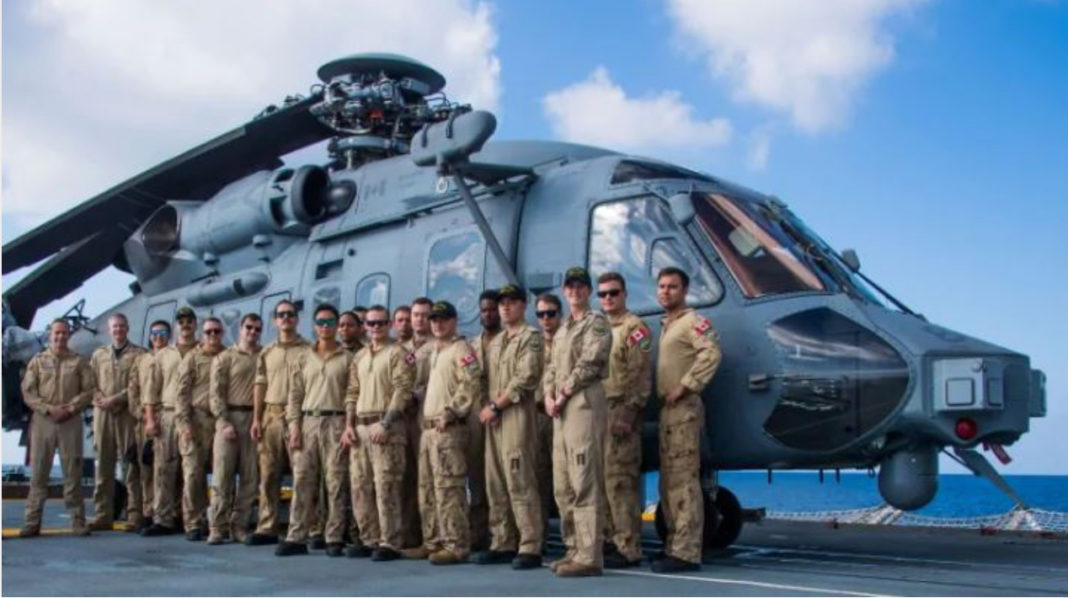 “It was a really good opportunity to support not only the players and the families as well as the city, but it also gave us some determination and something to strive towards,” said Cyclone pilot Major Jason Newton in an interview with CBC News. “We can never forget about these things that happened back home and the little things in life that we really need to appreciate.”

The HMSC Regina, launched in 1992, is a Halifax-class frigate whose home port is CFB Esquimalt near Victoria, British Columbia. The newly named Cyclone ‘Humboldt Broncos’ is one of several CH-148s based at Canada’s West Coast naval base. The ‘Humboldt Broncos’ is currently assigned to HMSC Regina as its shipborne Anti-Submarine Warfare asset. The helicopter is also tasked with Search and Rescue operations as required.

Both are currently serving in the western Indian Ocean as part of Canadian Task Force 150, one of three task forces under U.S.-led Combined Maritime Forces, a coalition of 33 nations patrolling the region and whose mission is to disrupt terrorist organizations and illegal activities related to them.