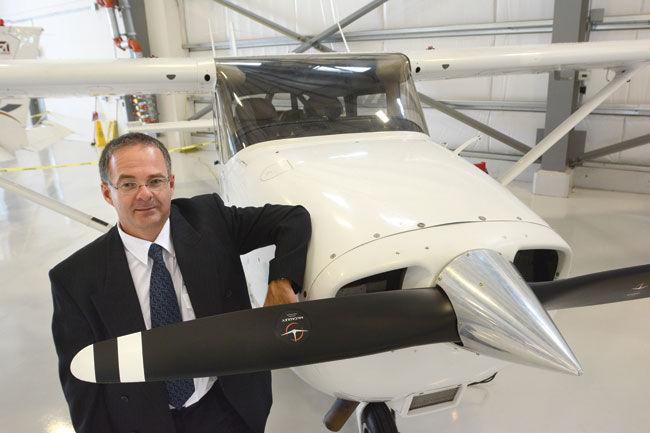 Marc Vanderaegen, director of SIFC’s flight school, says that to attract more instructors, he would have to pay more, which in turn gets passed on to the students, who are already facing rapidly rising training costs.

Training at SIFC, when concurrent with enrolment in the Commercial Aviation diploma program at their partner institution Okanagan College, takes five 17-week semesters to obtain a commercial pilot licence (CPL) assuming the student does not already have a private pilot licence (PPL). At around $23,500 per semester, that amounts to $117,500 to get a student to the commercial pilot level with multi-engine and instrument ratings and a two-year college diploma.

“And that’s just the current costs,” Vanderaegen told local news outlet Infotel. “That price is going to go up in September.”

If someone wants to work as a flight instructor, they have first to obtain a CPL before they can train for a flight instructor (FI) rating. That will cost approximately $10,000 more and three additional months of training. However, SIFC will consider waiving that cost if the FI agrees to work at SIFC for at least a year afterwards.

Vanderaegen, who testified at the recent House Standing Committee on Transportation hearings looking into flight training costs and related issues, also cites the B.C. student loan program as being woefully inadequate for assisting prospective commercial pilots with their career training. At $5,400 per semester, the maximum loan that can obtained would still leave about $90,000 to be funded by the student.

Wages for low-time pilots at the airlines start at between $35,000 and $45,000 per year, so a heavily financed student would struggle for years to repay his or her loan, even though significantly higher wages may await them later in their career.

Vanderaegen told COPA eFlight that flight schools in the United States have access to less costly aircraft that aren’t approved for training in Canada, referring to the U.S.’s Light Sport Aircraft (LSA) category. “These aircraft are much less costly, are often better equipped and could help to reduce training costs if Transport Canada allowed them to be used by flight training schools,” said Vanderaegen.