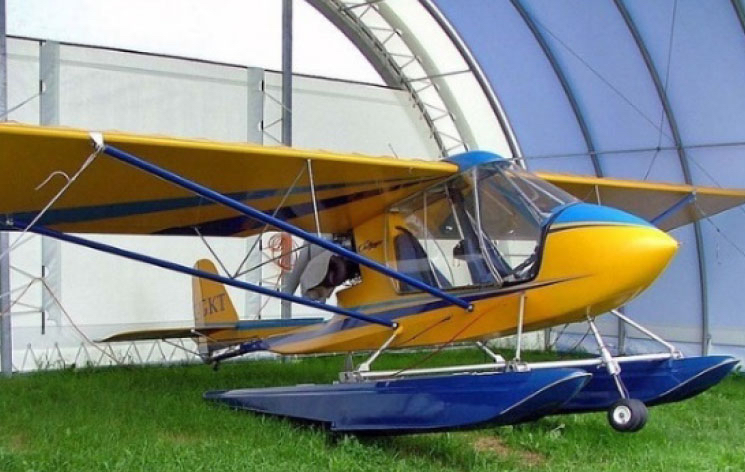 The Transportation Safety Board released its investigation report on the wing separation accident of a Quad City Challenger II that occurred over Ontario’s Talon Lake on July 30 of last year, resulting in the loss of the pilot’s life. In the report, the investigators discovered that the bracket that attaches the right forward strut to the saddle on the fuselage failed due to the presence of a large fatigue crack.

During the investigation, TSB employees examined 21 strut brackets from six other Quad City Challenger IIs using either optical or scanning electron microscopes. Cracks were found on eight of the 21 brackets. The investigators determined that some of the cracks were a result of fatigue, while others were a result of material delamination. The in-time service of these brackets ranged from four to 829 hours. Manufacturing dates of the brackets examined ranged from 1996 to 2018.

The only other wing separation incident that the TSB was able to find was in the U.S., where that country’s National Transportation Safety Board investigators concluded that the bolt attaching the bracket to the fuselage was improperly installed (over-torqued).

Measures the TSB has undertaken in response to this investigation include a safety advisory issued on November 15, 2018 that informed Transport Canada – Civil Aviation (TCCA), the Challenger’s manufacturer and other stakeholders about the issue and that steps should be taken to avoid a repetition of such an incident.

The TSB report mentions that TCCA, Quad City, its Canadian distributor and other agencies are working together to publish safety alerts that will advise Challenger II owners and operators measures that can be taken to prevent further occurrences from happening again.

See below for the complete TSB report.