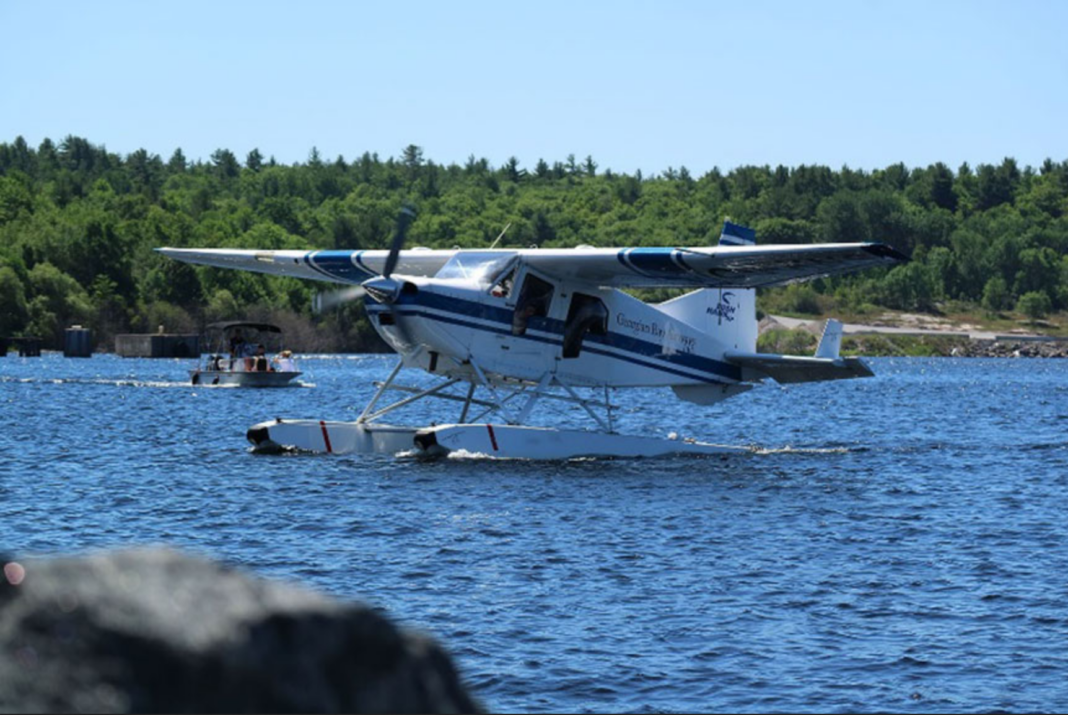 The Transportation Safety Board (TSB) released this week their investigation report into the crash of a Georgian Bay Airways (GBA) Found FBA-2C1 ‘Bush Hawk-XP’ in Lake Muskoka last July, finding that the pilot violated aeronautical regulations by intentionally flying in an unsafe manner prior to losing control of his aircraft.

The Bush Hawk XP, piloted by GBA’s chief pilot and operations manager, was on a deadhead flight returning to its Parry Sound base (CPS1) after dropping off charter passengers at Toronto’s Billy Bishop water aerodrome (CPZ9). Accompanying the pilot on the return leg was a friend.

Family members of the pilot were staying at a cottage on the shore of Lake Muskoka and the pilot decided to overfly the cottage at treetop level on the return flight. The TSB reports that the airspeed over the cottage was 80 knots indicated airspeed. While circling to overfly the cottage again, the aircraft entered a steep turn over the water. Airspeed was insufficient to maintain flight and this resulted in an accelerated stall that the pilot was unable to recover from. The aircraft struck the water in a steep right-bank, nose-down attitude and cartwheeled.

Both the pilot and his passenger were wearing four-point safety belts and sustained only minor injuries. The passenger was unable to find the handle to open her door, even with the pilot’s help, and they eventually exited the flooding cabin through a rear door. Although there were personal flotation devices on board, neither of the occupants were wearing them, nor did either of them grab them on their way out of the aircraft. Neither of the occupants received emergency egress training. The pilot and passenger were rescued by nearby witnesses.

As a result of the their investigation into this accident, the TSB is again repeating long-standing recommendations:

“[That] the Department of Transport require that occupants of commercial seaplanes wear a device that provides personal flotation following emergency egress.”

“[That] the Department of Transport require underwater egress training for all flight crews engaged in commercial seaplane operations.”

The complete TSB investigation report can be seen here.