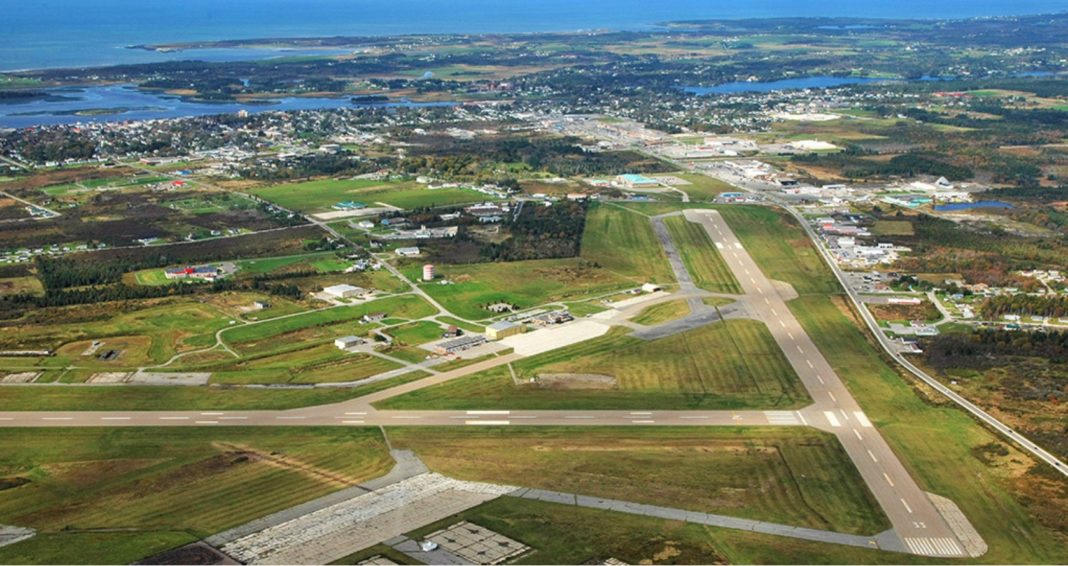 An $80,000 project to repair the 06/24 runway at Yarmouth airport (YQI) is scheduled to be completed this month. The repair, which some refer to as a repaving, will consist mainly of filling cracks in the runway’s surface. The runway was closed earlier this year, leaving the airport with only one operational runway, 15/33. The airport’s ILS was decommissioned in 2013, but both NDB and VOR/DME approaches are available.

Last year the airport authority voluntarily downgraded the airport’s CARs 302 certification to a less strict CARs 301 certification in order to allow for continued air service to the airport. However, the lower standards do not allow for scheduled passenger service. Influencing the authority’s decision to downgrade the certification was the estimated $6 million required to regain the higher standard, as well as an estimated $250,000 annually to maintain it.

The airfield was originally built to accommodate the RCAF and the British Commonwealth Air Training Plan during the Second World War. After the war it was transferred to the Department of Transport. Later, a terminal building was built and, during the airport’s heydays in the 70s and 80s, Air Canada offered DC-9 service between Halifax, Saint John and Boston, Mass. Air Nova later took over regional service with smaller aircraft. More recently, a local airline offered service between Yarmouth and Portland, Maine, but that service ended in 2012.