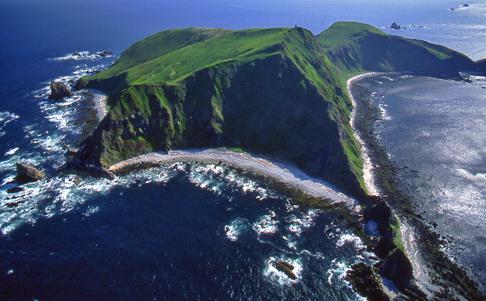 The official creation of the Scott Islands Protected Marine Area (PMA) concluded recently with the publishing in the Canada Gazette II of the Scott Islands Protected Marine Area Regulations, instituted under the Canada Wildlife Act. COPA has been following this file for some time as the proposal from Environment and Climate Change Canada (ECCC) purported to create a protected area of significant size around the Scott Islands, located off Vancouver Island’s northwest tip. What was most concerning to COPA at the time was not just the sheer size of the protected area (approx. 11,000 km2), but the fact that ECCC was attempting to use its authority under the Canada Wildlife Act to regulate airspace – something that is solely the discretion of the Minister of Transport, under the Aeronautics Act.

Last July, COPA brought this subject to light and encouraged our members to take action. We are very pleased to report that the dozens of letters you wrote on this, in addition to COPA’s own advocacy work with both Transport Canada and ECCC, have resulted in a final restricted area that is significantly reduced in size from the original proposal and will have a significantly reduced impact on aircraft operations in the area. In a letter to the Ministers of Environment, Transport and the President of the Treasury Board, COPA outlined that the proposed area covered would, “…significantly hamper the safe conduct of flights in the area, particularly in times of inclement weather…” where aircraft would have to fly inland over high, rugged terrain, or far out to sea to avoid the area.

We also raised questions about the consultation process ECCC claimed it had done, as there had never been any formal consultation with airspace users, which is normally done through Transport Canada’s usual channels, such as CARAC. While we never got responses to our letters, they clearly heard us as our efforts are specifically referenced in the final Canada Gazette regulations: “[COPA has] expressed concerns regarding the possible impacts of the proposed flight restriction to aviation. The association requested that a proposal for the flight restriction be developed in consideration of both safety and conservation.”

As shown in the map above, the overall size of the Scott Islands Marine Protected area remains large, however the portion restricting aircraft operations has been significantly pared down and, in our opinion, strikes an appropriate balance between the government’s desire to preserve the park and the aviation needs for safety in such a remote and often challenging corner of the country.

This being said, we continue to press Transport Canada as, while the Flight Restriction Zone is supposedly off limits to aircraft below 3,500 ft, the area does not appear on any charts, NOTAMs or in the Designated Airspace Handbook (DAH) and so we caution pilots to avoid the area for now, where possible. It also remains unclear as to who would conduct any potential enforcement as the restricted airspace has not been so designated in accordance with the provisions of the Aeronautics Act.