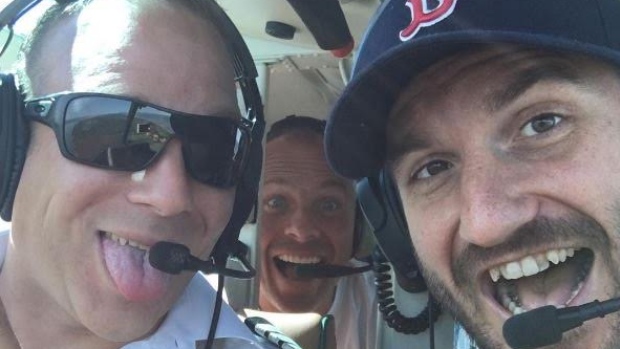 A “risky” low-level sightseeing run up a New Brunswick river ended with the deaths of two of the three men on board a Bell 206 helicopter last fall, the Transportation Safety Board has said in its report.

“Intentional low-altitude flying is risky, particularly without pre-flight planning and reconnaissance, and may result in a collision with wires or other obstacles, increasing the risk of injury or death,” the board said in a statement on the crash over the Restigouche River that killed entertainer Bob Bissonnette, pilot Frederick Decoste and injured passenger Michel Laplante.

The helicopter hit unmarked powerlines just 58 feet above the river. The lines were not required to be marked and were likely invisible to the pilot, the board said. The poles suspending the lines were hidden by trees, denying the pilot those visual cues.

The pilot had little sleep in the days prior to the crash and had traces of marijuana in his system but no determination could be made on whether he was impaired.

“Physiological factors had the potential to degrade the pilot’s decision-making and performance, although their specific effects on the pilot could not be determined,” the board said.

The board also noted the helicopter’s ELT didn’t work because the antenna broke off.