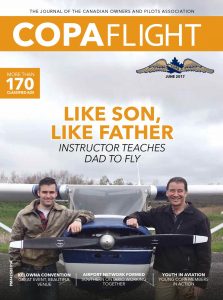 Last May 9, I was invited to the Lake Simcoe Regional Airport in Ontario for the launch of a new initiative, the Southern Ontario Airport Network (SOAN).

In a nutshell, a group of eleven airports is networking to better serve the community and the growing demand for air travel through the Southern Ontario area, defining and developing a major hub as has been done in New York or London (UK), for example. I sense a clear vision and approach, diametrically opposed to the failed Montreal Dorval-Mirabel — often called Miserabel — hub that never took off and died. SOAN is looking at a 30-year horizon and getting ready for it right now. Since this is mainly about scheduled passengers, airlines, regional airlines and transport, why should I be concerned enough to write about such an initiative? First of all, we need to applaud the vision, the actions taken on the foresight based on local facts and what has been done around the world. And on a personal basis, I like the “let’s network” approach instead of the “follow-me” approach Pearson (CYYZ) could have taken on their own. But the main reason that we, COPA and our sister associations should be interested, is the fact that general aviation is an integral part of the development and the success of the new hub. There is recognition of GA’s contribution and its necessity, all spelled out in the project’s white paper. The long term goal in 15 to 30 years is that “General aviation activity has grown throughout the network and the resultant labour needs are being supported”. The SOAN seems to recognize that GA is the basis of the system. While at the presentation, it was great to hear many of the stakeholders coming back to the importance of GA, that these airports as critical to our sector of aviation and the future of the greater air travel sector. For some reason, I feel this is the closest we have ever been to a general aviation policy in the country, and it comes from the private sector. More details can be found here: https://www.soairportnetwork.com

COPA Flights Consultation
As I write these lines, I can proudly say we have started our COPA Flights consultation exercise. Right now a pilot project, we went out to two regions and met with around twenty-five captains and co-captains, exchanging on various subjects. The sessions will absolutely be beneficial to COPA. Carter Mann, your Manager of Govt. Affairs and Communications, will be writing something up in the next few weeks.

Another Mid-Summer Surprise Next Month!
Remember last July, as we went from a newspaper to a magazine? It was a big surprise that cut the cost of publishing in half (so we can do more with our finances, providing more aviation services in line with our mission) and brought us in the twenty-first century? Well this year, we are coming up with yet another major surprise in July, which will be unveiled at the Thursday night BBQ of our convention in Kelowna. Big stuff. You should really be there…really. It’s big, really big. But on top of that, in Kelowna you can expect major announcements from Transport Canada senior executives, a presentation of our GA Economic Impact Study and much much more. Yup you should really be there! www.copaagm2017.ca