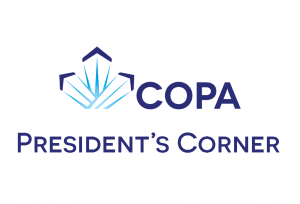 Once again, mission accomplished. Remember the cover of our August 2016 magazine (“Windmills Tilting at GA”) and my request for you to contact your Member of Parliament (MP) to get Transport Canada (TC) to put a stop to this, knowing that they can do it?  The Minister did not, but COPA’s Freedom to Fly Fund did. On October 7, a major decision from Ontario’s Environmental Review Tribunal has ruled against putting up eight 500-foot windmills in very close proximity of aerodromes as a risk to human health.  We’re talking of a provincial, national and maybe even international impact.  Be proud of this!

But this comes somewhat as a surprise. Considering the massive amount of information that was produced, over 2,000 pages of material, two people poured over the statements that were presented and very clearly expressed that yes, there was a risk to human health (oh, and some endangered bats also helped us), enough to stop the project.  They actually cite COPA’s submissions and presentations many times in their decision, as well as TC’s TP1247 document “Land Use In The Vicinity of Aerodromes”. More surprising is that these individuals say there is risk to human health when the Transport Minister himself would not mention it or stop the project. The standard letter that came form the Minister said that his power was limited to lighting regulations; wrong!  According to the Aeronautics Act, the Minister could have easily called a risk to human health himself.  But Minister Garneau’s aides used to work for Ontario’s premier.  Up to you to draw your own conclusions.

COPA’s work has always benefitted all of general aviation in Canada. What else could you expect from the association that works to advance, promote and preserve the Canadian freedom to fly? Now how about getting the non-members to join in and come into COPA.

Last April I brought up the fact that on March 4 of this year, Transport Minister Marc Garneau signed an order which prohibits development of an aerodrome in the cities of Mascouche and Terrebonne (the town right next to it, in which a landing strip is planned). The actual CSK3 airport, which has been there for almost half a century, is shutting down mid-November. The proponents are planning to move it in a non-built-up area, 2km from the actual site.  A consultation process was undertaken up until April 27 2016. The proponents delivered their report just shy of 30 days after that.  They did an excellent job of following the prescribed order, as well as doing the most diligent work as possible.  This being one of the first cases, COPA was also very interested and involved in the whole consultation process, wanting to make sure it was done correctly.  As I write these lines, 136 days have gone by and we still have no answer from the Minister’s office.  In fact, the only answers we do get are the very laconic “don’t call us we’ll call you” types.  Back in August, I wrote to Minister Garneau offering our help asking for a status and nothing came back. Though we were part of the consultation process, this is rather pitiful.

COPA is reaching out to all its members in search of volunteer Subject Matter Experts (SME) that can, from time to time, provide guidance, advice and assist COPA National requests for information from its members. Ten or fifteen minutes a month or less. The designated areas of expertise are: Medical, Legal, Aerodromes/airports, Recreational Aircraft, Seaplanes, Licensing, Insurance, Federal Government, Air Navigation System and Cross Border.

If you have any expertise in one of these subjects, please contact me. Help us help the association.